These rich coconut cookies from Goa represent Goa’s history as part of Portuguese India. Bake these with your kids to teach them a little history at the same time.

Before we get to the delicious recipe, let’s learn about the history of Portuguese India.

Portuguese India was establishes in 1505 after new sea routes were discovered between Portugal and India.

Throughout it’s history, Portuguese India controlled Cochin (in modern day Kerala), Mumbai and Goa. The Portuguese lost control of Mumbai to the British in 1661.

When the British Raj was dissolved and India earned its independence in 1947, the Portuguese still had control of 3 districts in southern India including Goa. By 1954, only Goa was still under Portuguese rule.

Goa was liberated by Indian Armed Forces in December, 1961. However, Portugal did not recognize Indian control of the region until 1975.

Due to its long history under Portuguese rule, there is much Portuguese influence on the cuisine of Goa. Due to the influence of Portuguese Catholics, pork and eggs are common ingredients in Goan cuisine.

Are you all excited to teach your kids about Portuguese India and bake up a batch of Bolinhas? Check out how these cookies come together!

DID YOU KNOW TOMATOES & CHILLIES ARE NOT NATIVE TO INDIA?

Tomatoes & Chillies are two ingredients most of us associate with Indian food right, but it is actually the Portuguese who introduced tomato and chili to India. I can assume Indian food was less spicy back then.

Want some ideas for more recipes you can cook up with your kids while teaching them a little history and geography at the same time? Check out this list of Food & History Recipes!

Enough history – now let’s get to the recipe for Bolinhas – Goan Coconut Cookies.

Freshly Grated Coconut or not?

Coconut is used ubiquitously throughout southern Indian cuisine and Goa is no different. The traditional recipe involves cracking open fresh coconut and grating it yourself.

Is this something you are used to doing? For most Americans, it is not.

Cracking open a hard coconut is not something most people in America are used to doing.  It’s different when I would visit my family in the Caribbean. Everyone has a machete and that is what we used to crack it open with quite easily.  My parents had a machete in NY and that is how we would crack it open.  Something eventually happened to the machete. I don’t remember if it got stolen or damaged.

Anyway, then my mother would use a screwdriver and a hammer to open the coconut.  This is something I never learned to do. I decided to adapt the recipe for other people like me who aren’t going to go in search for fresh coconuts to grate. Instead, I used frozen grated coconut, which worked just as well in the recipe.

These cookies with cups of Masala Chai are perfect to celebrate tea time – Indian style. 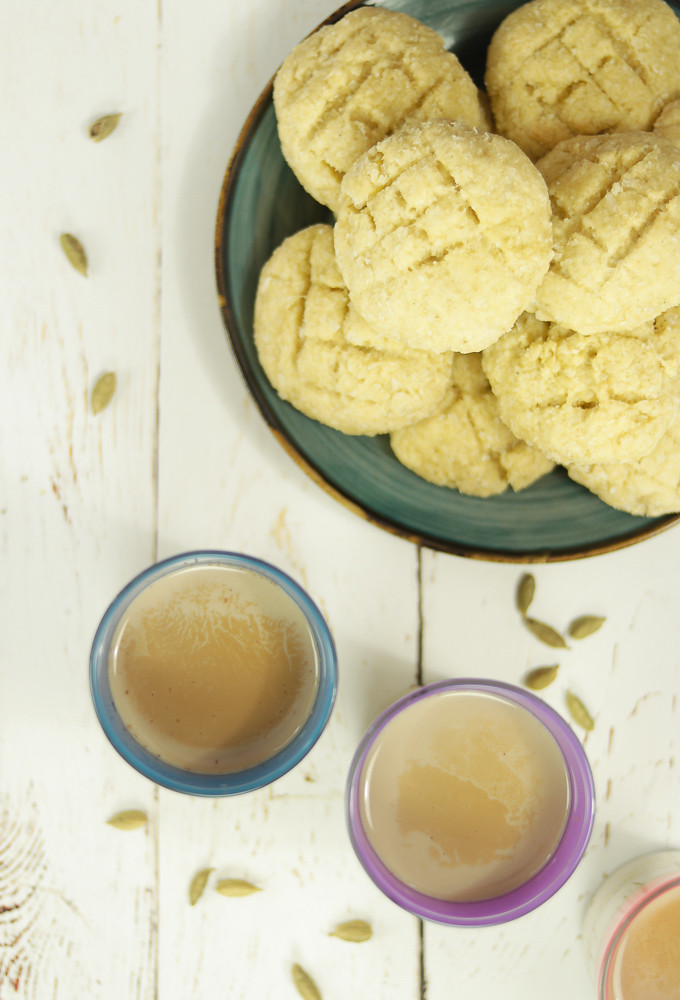 Christmas time in Goa means Bolinhas, but these delicious cookies can be enjoyed at any time. 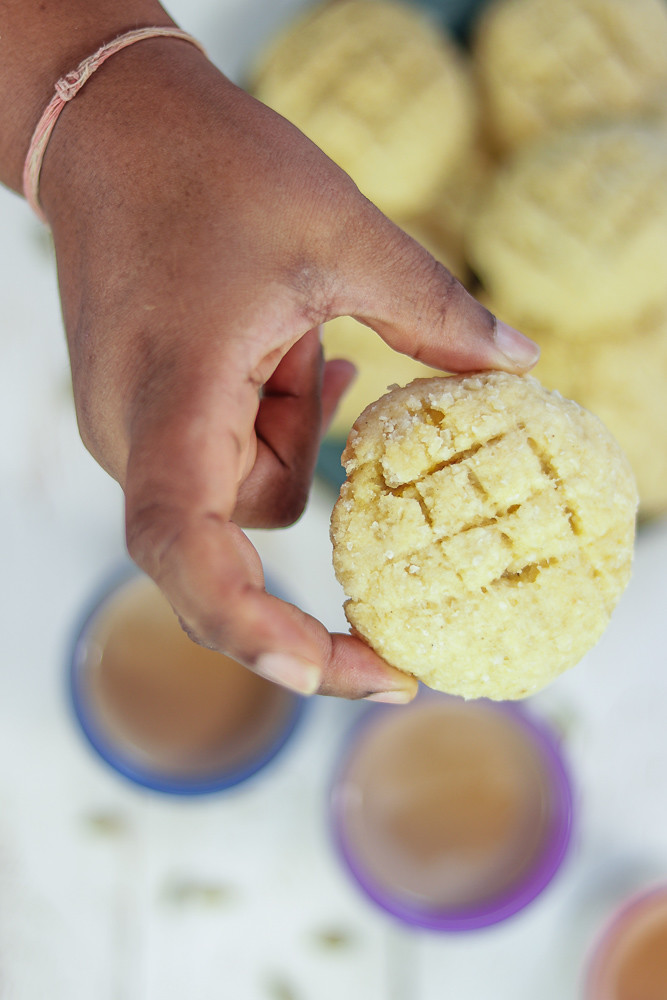 Don’t forget to check out some of my other Goan recipes to explore more into this cuisine.