What people think is Caribbean food when they visit resorts and other establishments that cater to tourists bear little resemblance to the food we eat at home.

Coconut Shrimp and Mango Salmon is not the type of food we eat at home. This is a homestyle Caribbean meal in a bowl. The only difference I made to make the bowl a little healthier is to steam the fish instead of frying it, which would be a more traditional presentation.

What the rest of the world calls polenta translates into different names on different Caribbean islands. This savory cornmeal porridge was brought to the Caribbean by the African slaves. This is basically our version of African pap or ugali. In Africa, there are many names for this porridge including sadza, kwon, nshima and obusama. In Africa, it can be made from a variety of grains including cassava, millet and sorghum.

In the Caribbean, we only use cornmeal. I have already presented to you the Bajan version known as Coo Coo and the fancy holiday version we eat in Aruba (My mom’s home country) known as tutu. In Antigua and Barbuda, it is known as fungee. 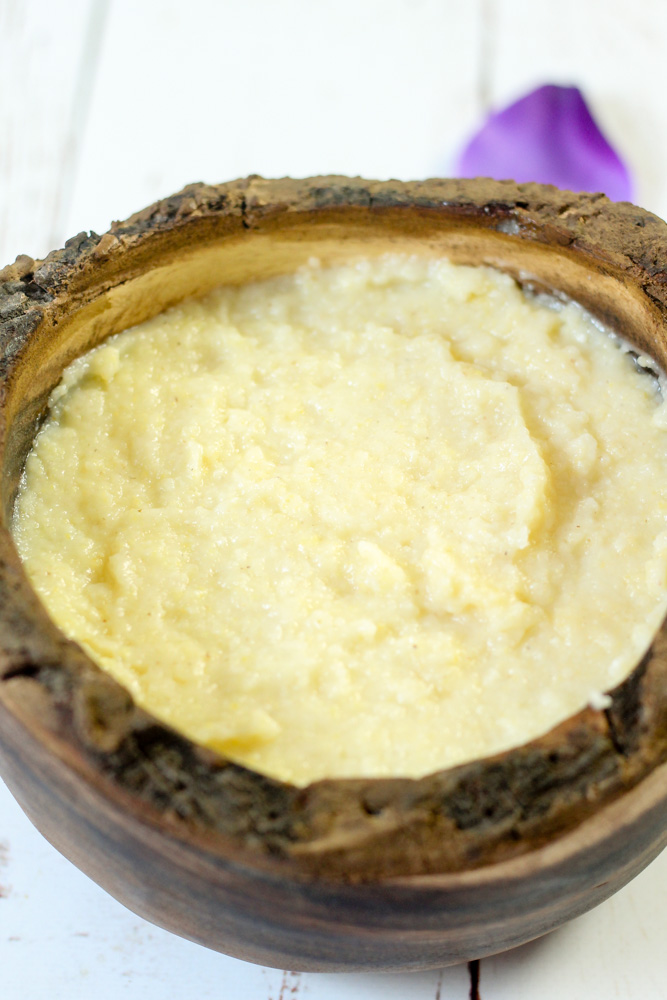 Today, it is Antillean funchi. Some of the islands of the Dutch Caribbean, formerly known as the Netherland Antilles until 2010, have a common cuisine known as Antillean cuisine, though there are slight variations from island to island. The three largest islands are Aruba, Curacao and Bonaire, collectively known as the ABC islands or the Leeward Antilles..

The Netherland Antilles also included the SSS islands, aka as the Leeward Islands. This includes barely populated Saba and St. Eustatius as well as the southern part of St. Maarten. The northern part of the island of St. Martin is French.

When Caribbean people refer to Antillean cuisine, they are referring to the cuisine of the Leeward Antilles, or the ABC islands. Funchi is our basic cornmeal porridge, which is often eaten with fish, like this Caribbean Fish Stew.

I did make the funchi a little creamier than is traditional, since I did not make a sauce to go with the fish, which is more common. Without sauce, this creamy funchi did not need it. If you would like it firmer, you can easily reduce the amount of liquid used. 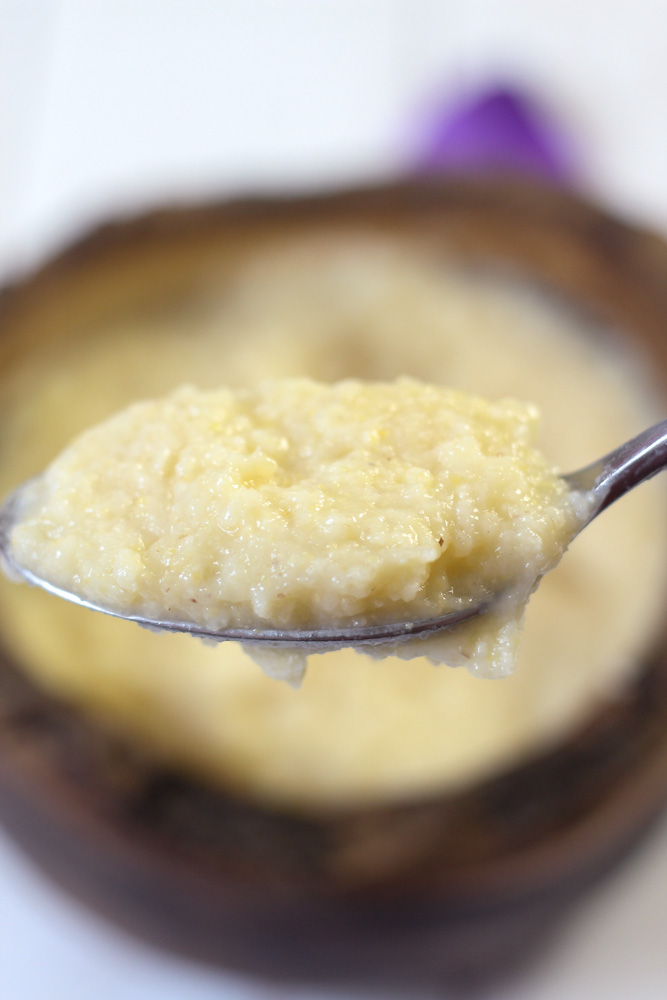 Let’s go over some of the particulars of creating this bowl.

Green Seasoning is the all purpose condiment used to season Caribbean food. As the name suggests, it is a combination of green herbs, garlic, onion and a few other spices. You can find it ready made in Caribbean markets or markets with good International aisles or you can try making it yourself with this recipe.

Really any green condiment can be used like sofrito or chimichurri. Whichever is easiest to source or make, use that one!

The most common vegetable eaten in the Caribbean is cabbage. This fish bowl includes our basic Cabbage Saute, which is served with most meals. 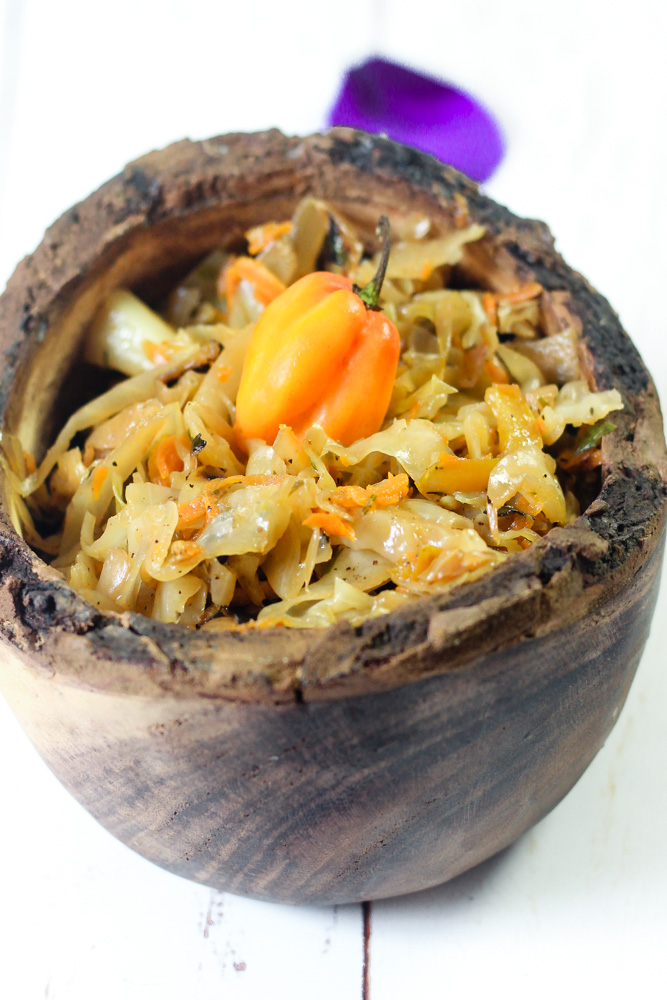 Fried Ripe Plantain is also another common side dish, served with most meals.

IN THE MAKING – HOW TO MAKE CARIBBEAN STEAMED FISH 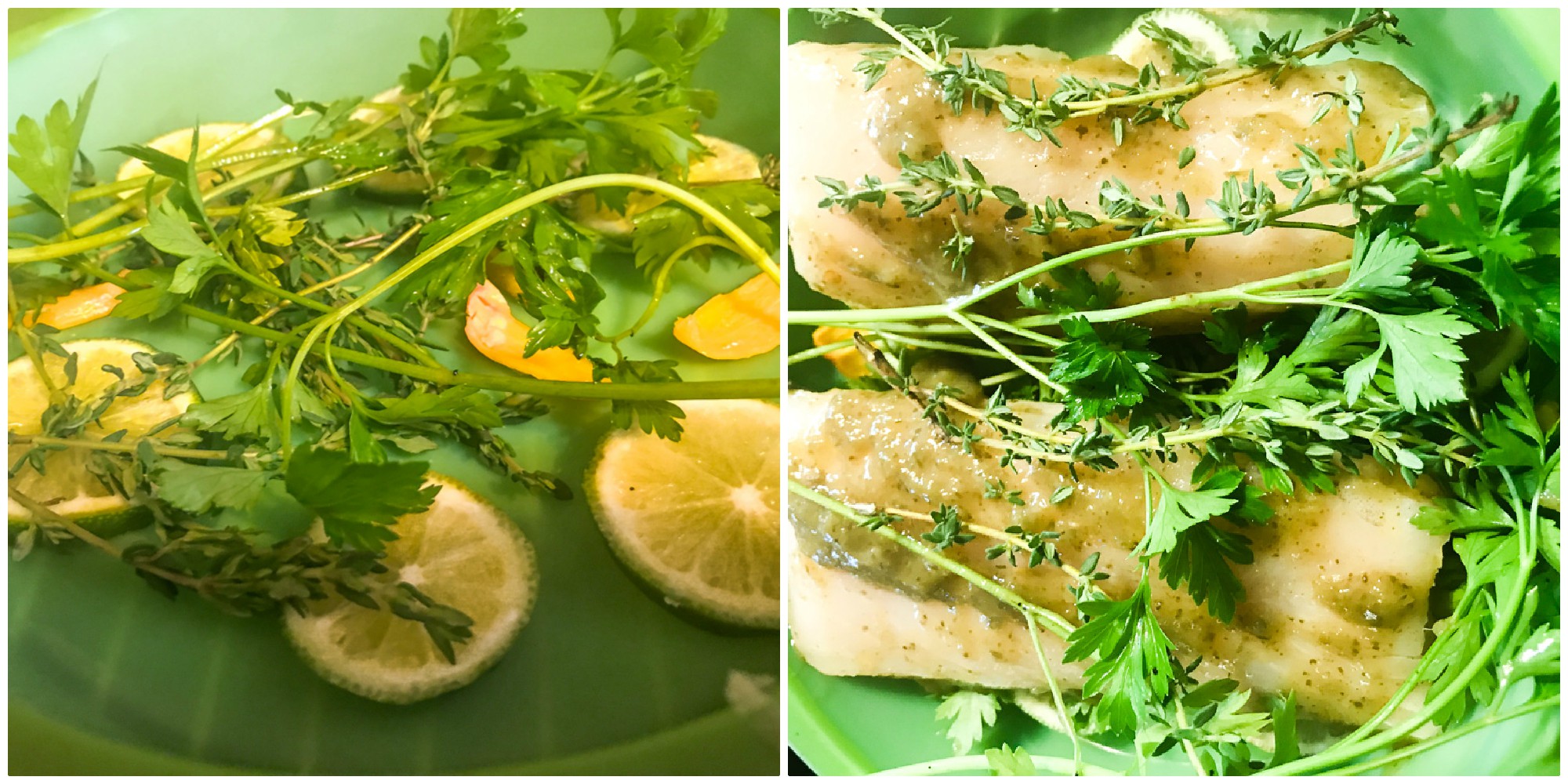 This is such a healthy no guilt bowl of delicious Caribbean flavors – who can resist!

First start with your base of creamy funchi on the bottom. 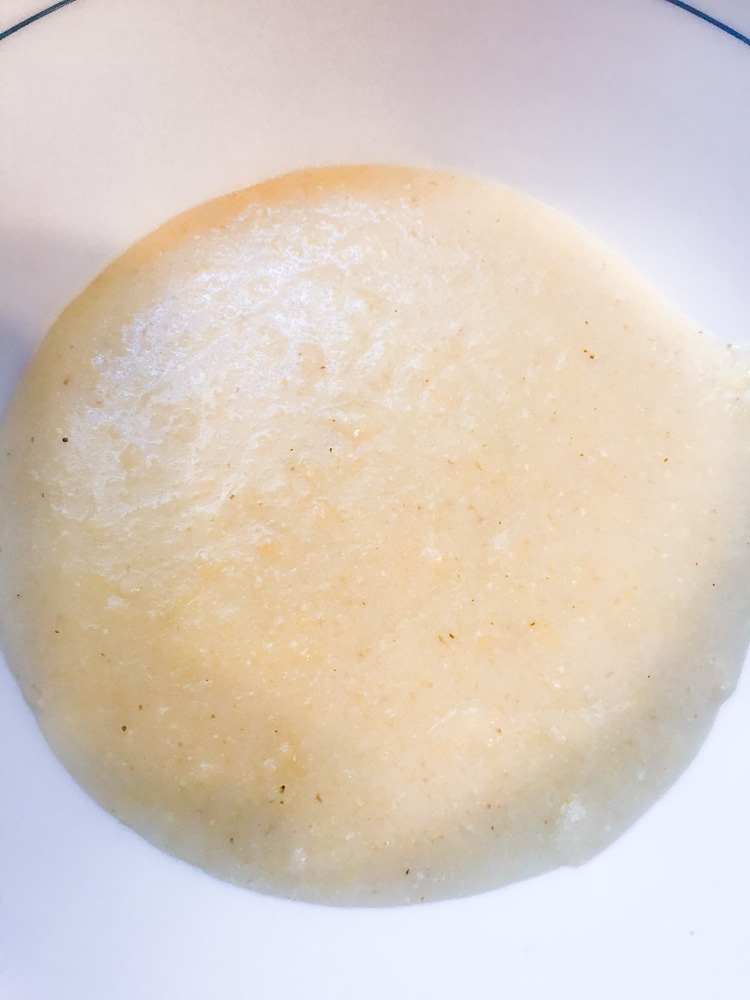 Then add everything else on top! 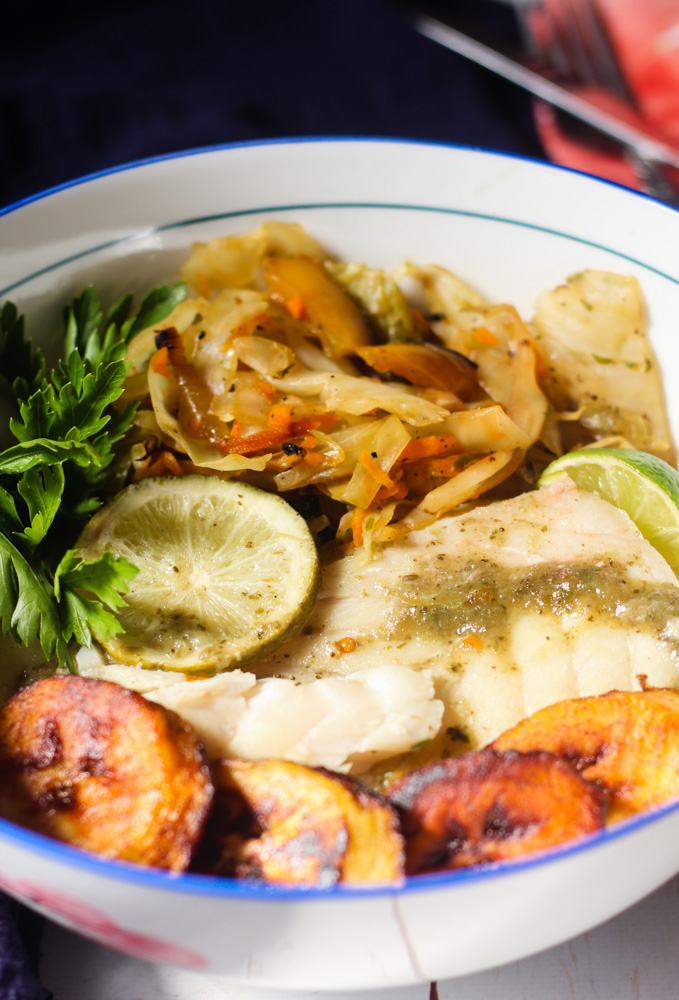 Any firm white fleshed fish can be used. Cod was used in this version. Sofrito or Chimichurri can also be used instead of the Green Seasoning for the marinade.

Ready to make Caribbean Fish Bowl ? – I would love to see your pics! Tag me on Instagram @chefmireille #theschizochef with your delicious photos!