Chicha Morada – Peruvian Blue Corn Drink is a refreshing summer drink made from Peruvian blue/purple corn. This dried corn packs a punch of flavor in this non alcoholic refresher!

Peruvian cuisine is in my top three of favorite South American cuisines. Suriname is #1 because of my family connection to the country so that cuisine is food that I grew up eating so it’s comfort food to me. #2 is Brazil with its multi cultural cuisine and especially the African influenced food of the Bahia people. Peruvian cuisine I love because of their affinity for spicy food with a variety of pepper pastes used.

Believe it or not the most memorable occasion I have with Peruvian food..or really I should say drink…happened in college…

One of my best friends growing up was Peruvian  (yes, Zandra I’m talking about you) and I had many meals at her house from the age of 8…and drinks. On one occasion when we were about 18 or 19, a bunch of girls were hanging out drinking and talking. We ran out of drinks, but no one wanted to go outside to buy more. Her parents were away in Peru, so it was just us and her brother in the other part of the house staying as far away from us as possible. He was in the male minority and had no interest in being anywhere near some slightly intoxicated teenage girls. He was about 6 years older than us and as long as we didn’t burn anything down, he wanted absolutely nothing to do with us. Even though we asked him to go to the store for us, he refused.

Now before I continue, when I say we were drinking, at that age we mostly consumed wine coolers and beer which has a very low alcohol content. None of us drank hard liquor at that point.  Zandra went into her parent’s secret stash of a home brewed alcohol her parents had and OMG to date, this is the strongest alcohol I have ever tasted. With this alcohol that went straight to my head in one shot and with only 1 1/2 hours of sleep, I somehow managed to get to work the next day ( it was summer vacation from school and I worked at an answering service at the time), although the whole day was a blur. Wow to be 18 again and be able to survive on no sleep! Anyway, years later as I began to explore the foods of different countries, I realized it was a home made version of fermented Chicha that I drank. In Peru, there is both this non alcoholic version of Chicha Morada as well as a fermented version that is distilled into an alcoholic beverage. I think I have too many foggy memories of the alcoholic version that this is one drink I always stick to the non alcoholic version.


So even when I go to my favorite Peruvian restaurant in NYC, Urubamba Restaurant  I always stick with virgin Chicha! 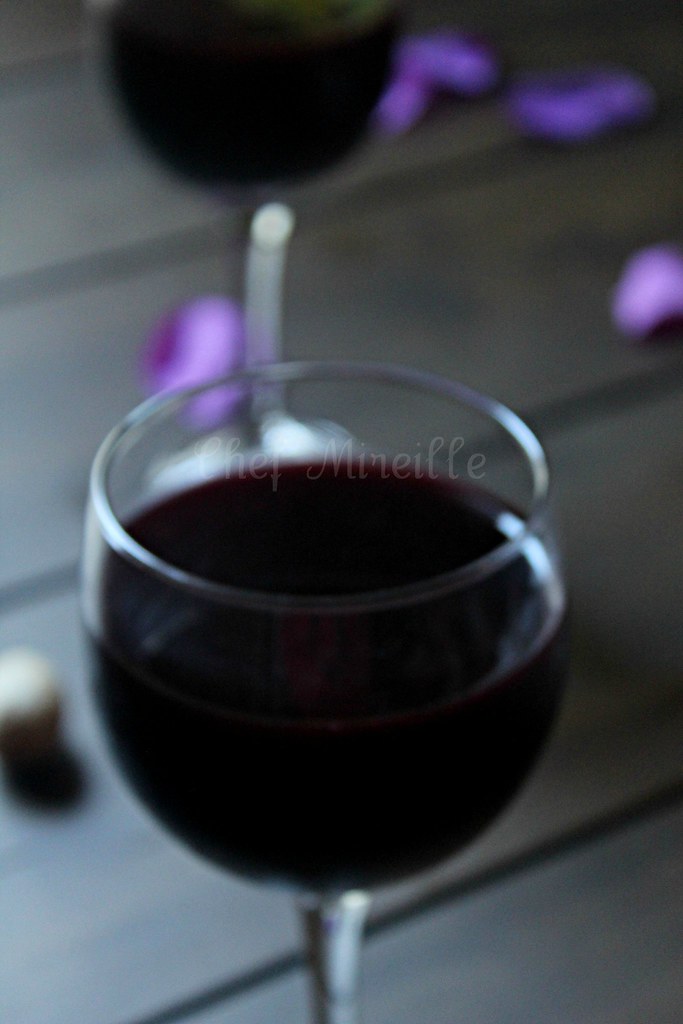 When you go on the search for the corn, it is sometimes sold as blue corn and sometimes as purple corn. It is a dried corn product so you will need to look for it in the dry goods section of the supermarket. Unless the supermarket is divided by region, it will be in the same area where other grains like flour, etc. are sold. 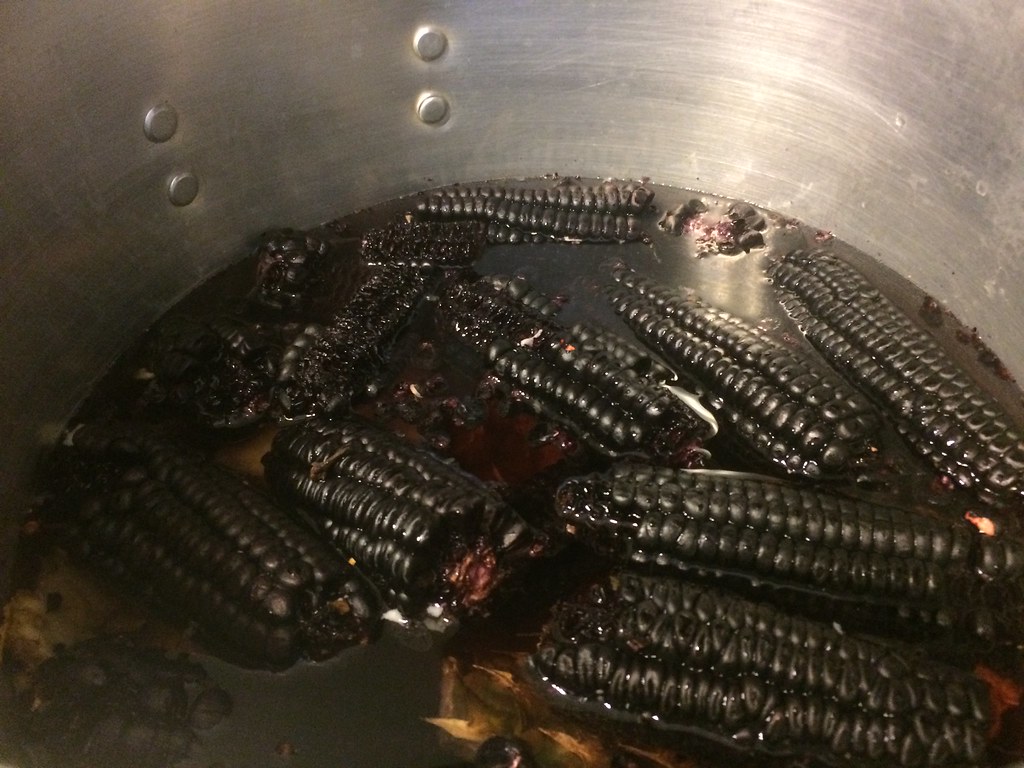 This beverage has a taste similar to a drink from the Caribbean called sorrel, made from hibiscus. Check out my Sorrel post here I did as a guest post.  If you just can’t lay your hands on purple corn, dried hibiscus is a good substitute, but first try these online sources. 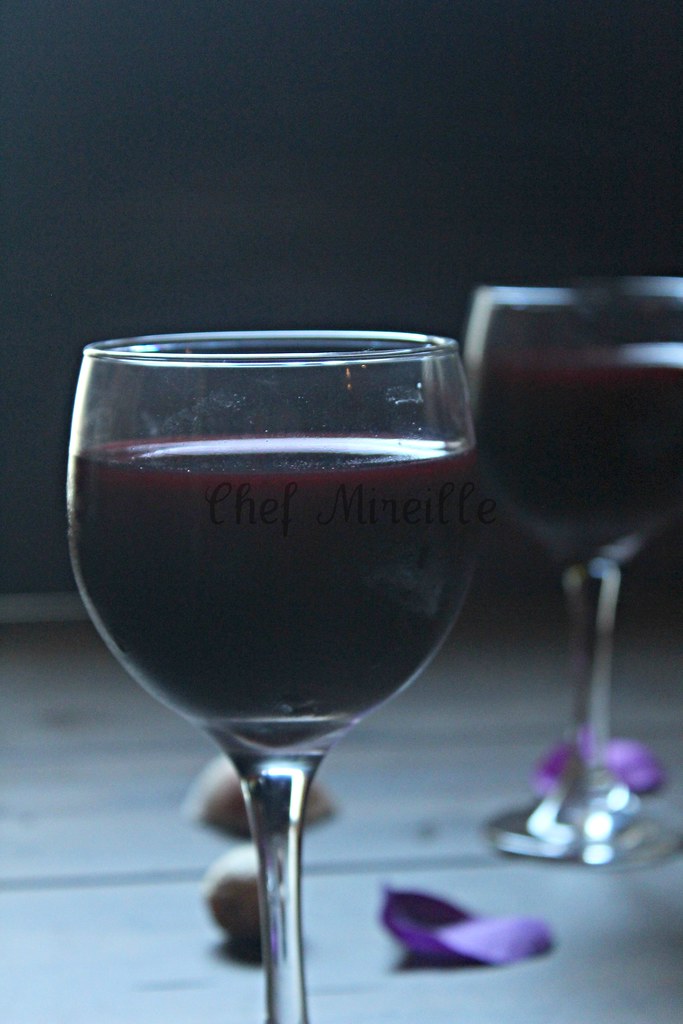 Where To Buy Blue Corn

Chicha Morada - Peruvian Blue Corn Drink is a refreshing summer drink - Add some rum of vodka if you would like to turn it into a cocktail.
Total Time1 hr
Course: beverages
Cuisine: Peruvian
Servings: 16

In addition to Chicha Morada, you can also make Mazamorra Morada, which is a delicious pudding made with the same blue corn. Check my recipe here!

…linking to Srivalli’s Kids Delight hosted this month by Smitha