Apple Burek is a sweet version of burek and is one of Croatia’s most popular street foods.

I haven’t yet visited Croatia although it is on my Bucket List. Much of my extended family who lives in the Netherlands often visits Croatia for their vacations. They have told me how beautiful it is with gorgeous beaches and delicious food.

Until I make it to Croatia, I am going to have to settle with exploring their cuisine. I have already made Paprenjaci – Croatian Spice Cookies and here is another sweet treat from this Balkan nation.

Check out this Vegetable Boureka version made easy with puff pastry!

The cultural dynamic has been changing in the neighborhood right next to mine in Midwood, Brooklyn. All of a sudden a lot of Tajik and Uzbeki restaurants have been popping up. They have also been starting to appear in the mostly Russian neighborhood of Brighton Beach. Therefore, burek has now become one of my favorite snacks whenever I visit any of these neighborhoods, which are close to where I live.

Especially people from Croatia, Serbia and Bosnia take their burek’s very seriously. They will all lay claim to it being created in their home country. In actual fact, it was the Turks who created burek’s during the Ottoman Empire.

However, there are differences from country to country. For example, in Bosnia it has to be filled with meat to be called a burek. Everything else is called a pita (pie). Therefore, they will definitely object to this apple version being called a burek.

For Croatians, they don’t care and this Apple Burek is one of the most popular street foods.

Traditionally, in countries like Croatia, Bosnia, Serbia, Tajikstan and Uzbekistan they use a dough called Jufka/Yufka.

I always see the Jufka pastry when I go to one of my favorite Balkan markets in Midwood. This gave me the excuse to finally try utilizing it.

It is slightly thicker than phyllo so you would think it would be easier to manage right? Well, not so fast. Unfortunately, they come in 24″ diameter circles. I don’t know about you, but my kitchen counter could not accommodate it.

I therefore used phyllo dough, which is almost the same and a lot easier to work with it’s more manageable size.

Need some ideas to utilize the leftover phyllo dough? Try these delicious recipes!

IN THE MAKING – HOW TO MAKE APPLE BUREK 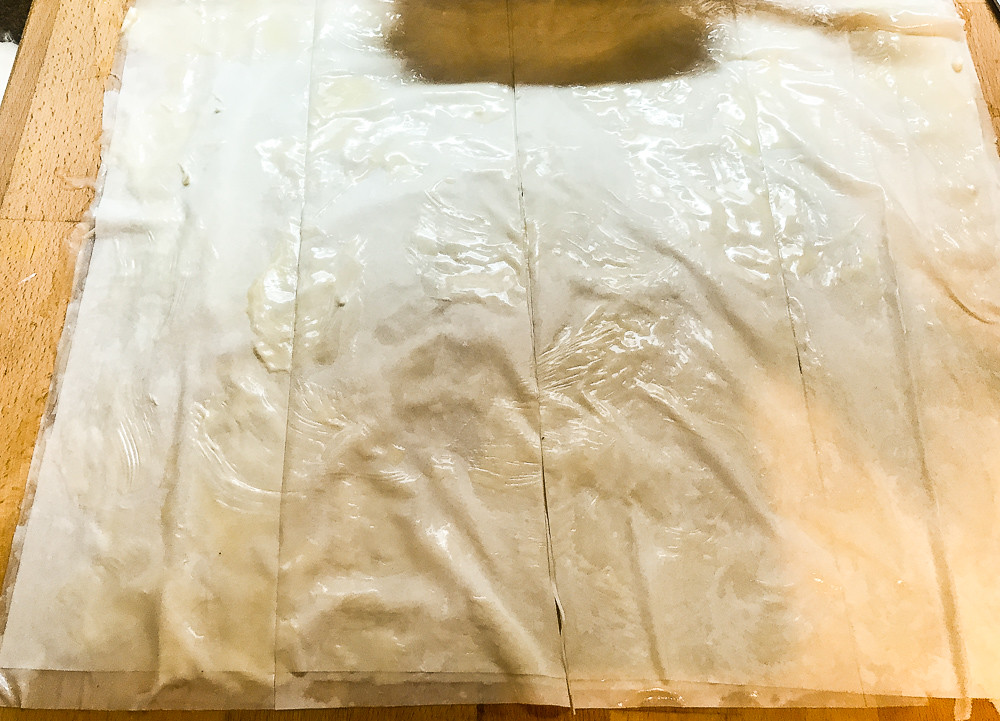 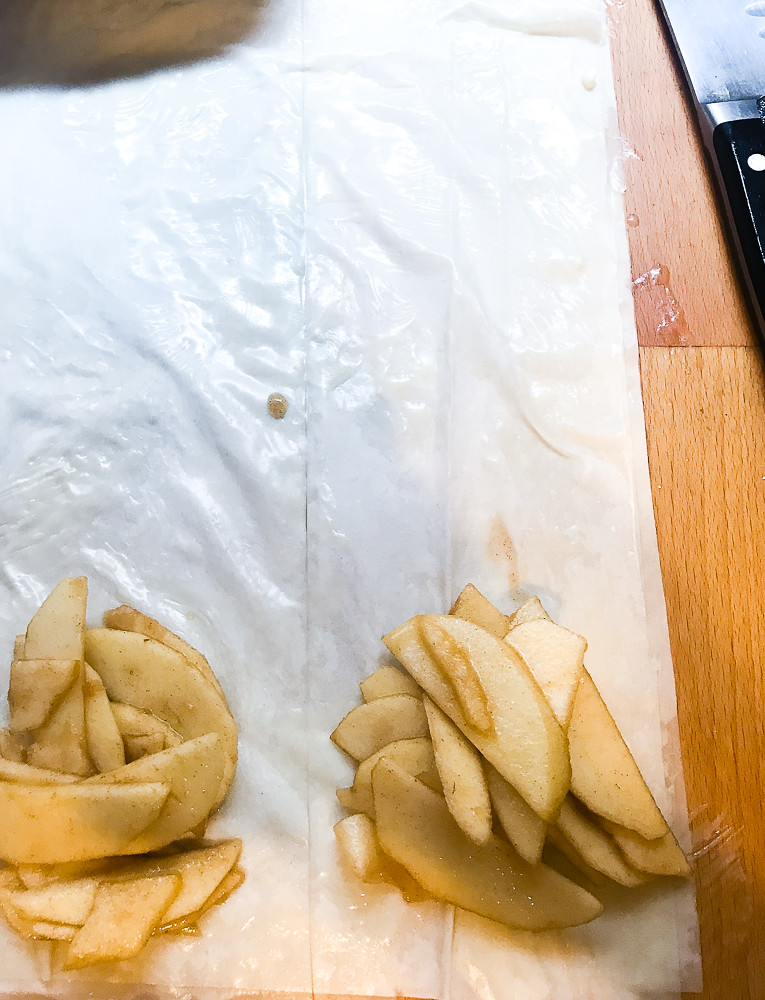 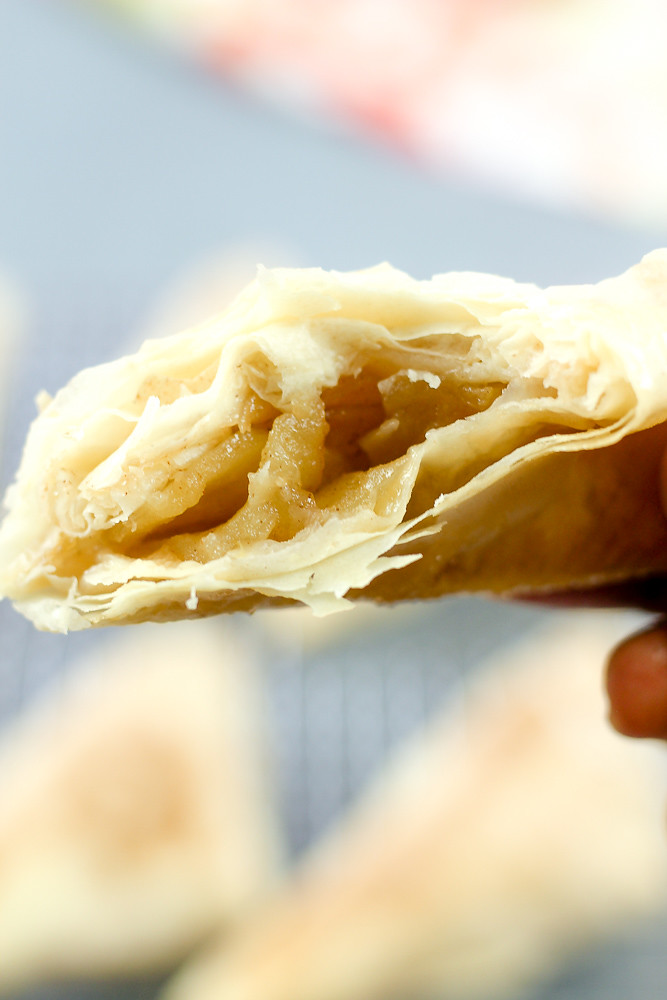 These are like quick and easy Apple Hand Pies and no wonder it is one of Croatia’s most popular street foods! 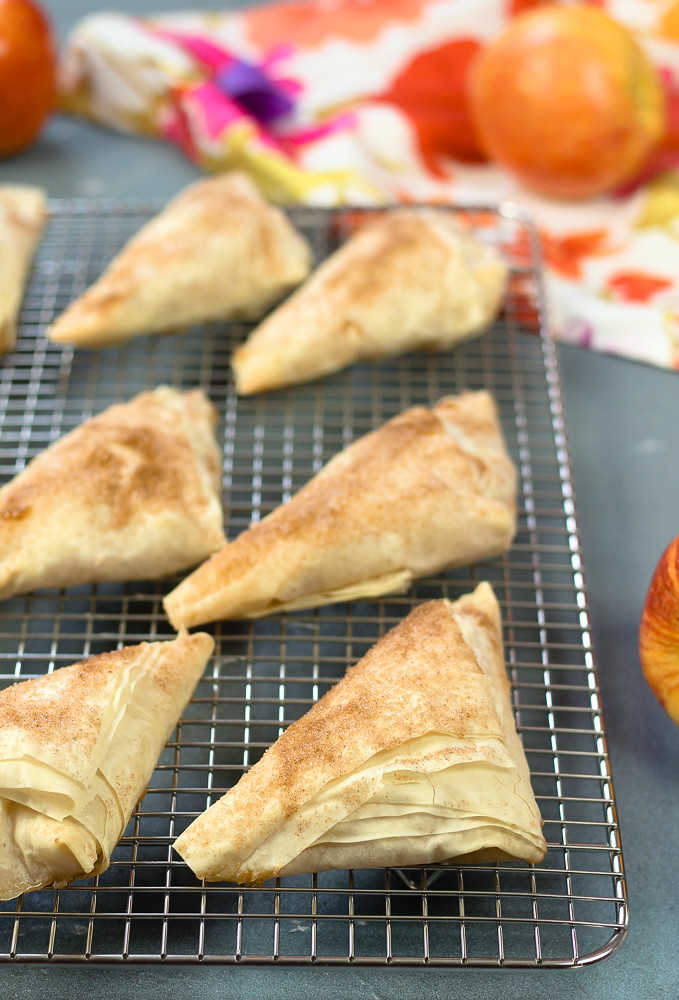 Defrost phyllo in the refrigerator overnight so the phyllo can be ready to use.

Are you ready to make Croatian Apple Burek? I would love to see how yours came out. Share your delicious pics with me on INSTAGRAM @chefmireille #theschizochef #chefmireille