Green Pozole (Pozole Verde) – Mexican Hominy Soup with Chicken & Pork – This Mexican soup of hominy, chiles and meat is one of the foods traditionally eaten to celebrate the Epiphany, also known as Three Kings Day, when gifts of gold, frankincense and myrrh was brought to the Christ infant, 12 days after his birth.

Traditions of the Epiphany

Epiphany, also known as Three Kings Day, occurs 12 days after Christmas and is celebrated with carol singing and feasts in countries with large Catholic populations, especially in Latin America. This is the day that Jesus Christ was presented to the world as the physical manifestation of God and the three kings brought gifts to the Christ child in the form of gold, frankincense and myrrh. The Orthodox church of Eastern Europe celebrates it later as their Christmas date is later, since they follow the Julian calendar, instead of the Gregorian. They’ve yet to celebrate Christmas as for them Christmas will be celebrated on January 7th.

Pozole is a Mexican soup whose main ingredients are meat, chiles and hominy, which is a type of field corn grown in South America and the southwestern United States. Also known as choclo, this corn can be found dried, frozen or canned, although in American supermarkets it is most normally found canned. The other forms you will have to go to a Latin supermarket to find. This corn is firmer, larger and not as sweet as regular yellow or white corn. There are three types of pozole – red, white and green, depending what meat and type of chiles are used. Green pozole is generally made with chicken and/or pork, tomatillos and green chiles like poblano and jalapeno.

Before we get to today’s recipe,  you can also try some other foods that are perfect to celebrate the Catholic feast day!

IN THE MAKING – HOW TO MAKE POZOLE 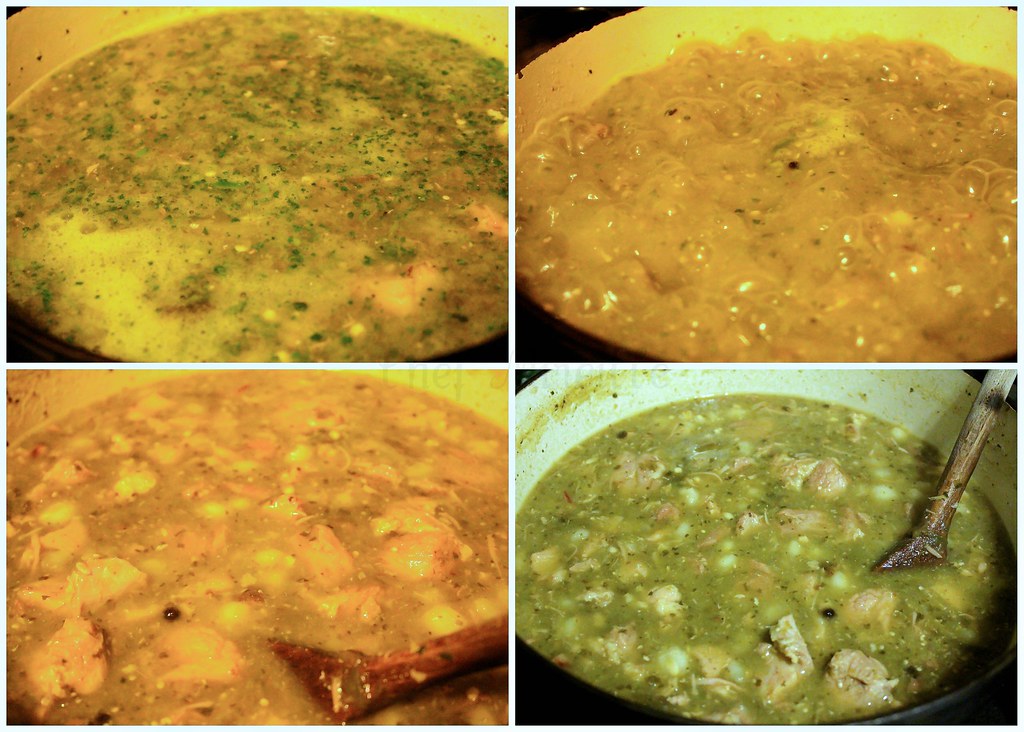 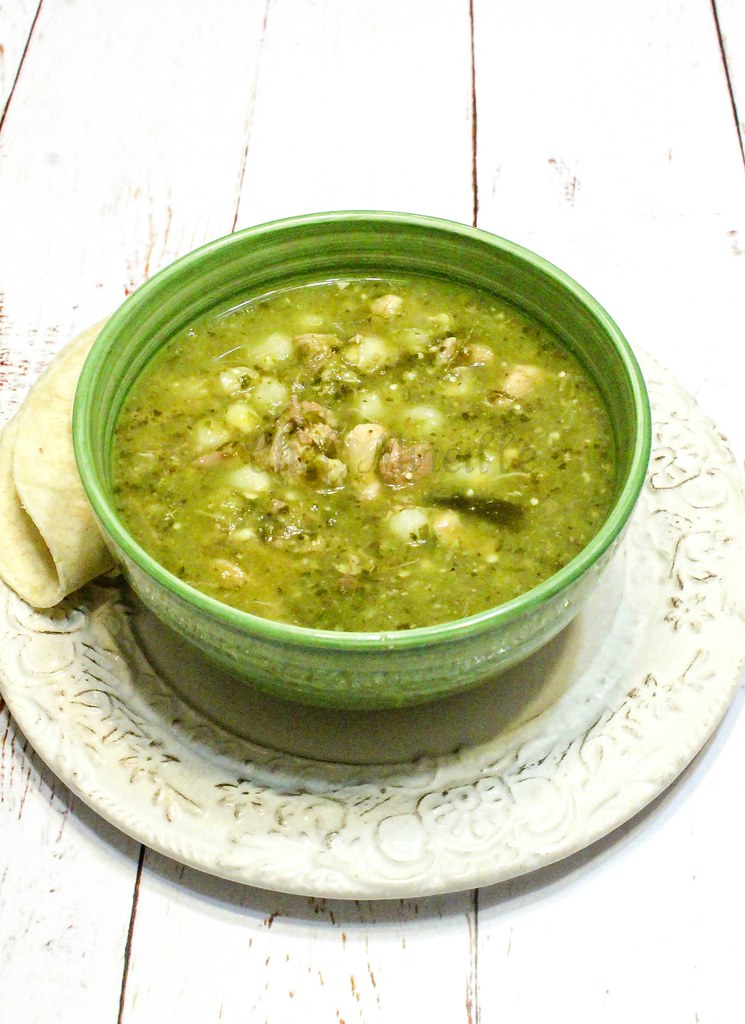 After the soup is cooked, it is garnished with sliced radishes and cabbage. Usually onions are also offered but as I have an aversion to raw onions, that garnish was omitted. Extra garnish is served on the side so everyone partaking can customize as to their preference. Warm tortillas are also served on the side. 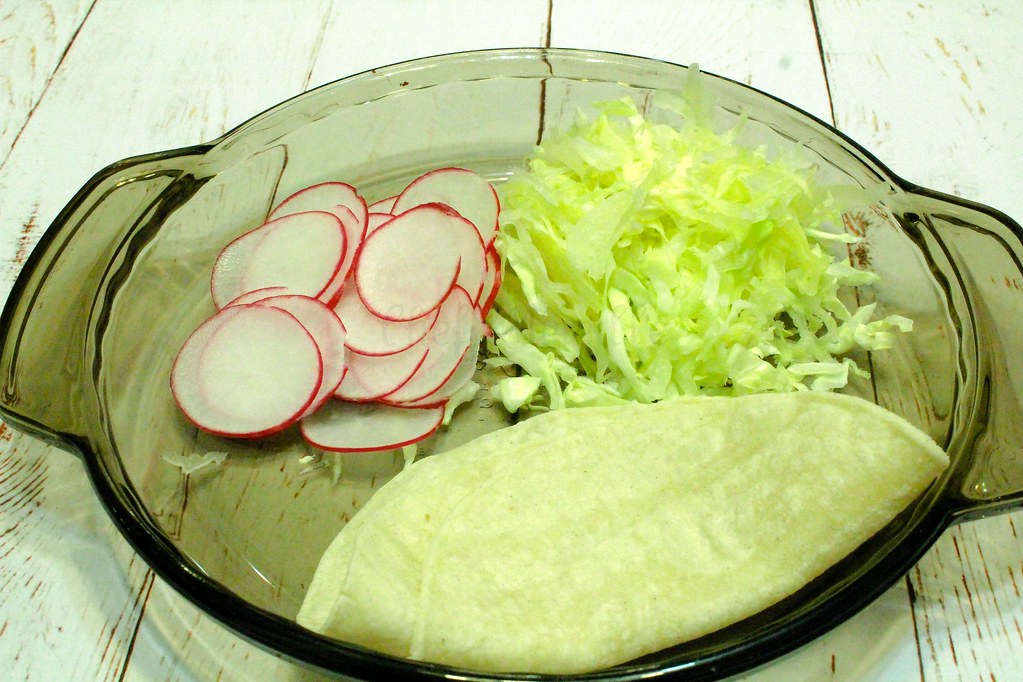 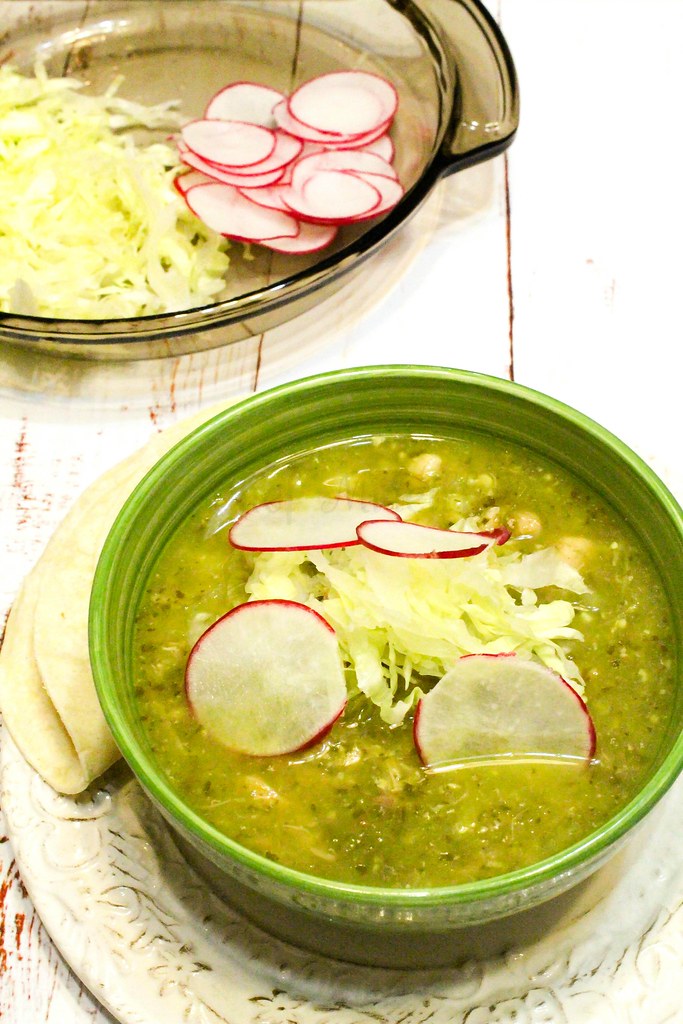