Many cultures of the world have a holiday milky beverage that is often enhanced with the addition of alcohol.

Here in the US we have Eggnog – Puerto Rico has Coquito – Turkey has Sahlep and Chile has Cola de Mono.

In my mother’s country of Aruba, we have Ponche Crema. Except for Puerto Rico, most of the Caribbean islands celebrate holidays with Ponche Crema/ Ponche Creme. They even have flavored ones like Pistacchio you can now buy in liquor stores, even here in America.

However, in Haiti, my father’s country, we celebrate with Kremas. Think of it as an eggless eggnog!

Unless you are Caribbean or make lots of Pina Colada, cream of coconut may be an unfamiliar product to you. It is basically coconut cream (the thick coconut milk which rises to the top) mixed with lots of sugar until it has an almost syrup like consistency.

Here’s an instant home made version you can make yourself if cream of coconut is not available where you live. I haven’t tried it myself so I can’t vouch for the results, but give it a whirl!

Which Rum to Use?

Rum is the most popular alcoholic beverage in the Caribbean. Since we grow a lot of sugarcane, it is the least expensive alcohol since just about each island has a local rum production industry. Each island will swear that theirs is the best. Try telling a Trini that there is any rum better than Angostura and get ready for a fight! In Jamaica, it is Appleton or Myer’s Dark.

Rum is a big part of Caribbean culture. Rum Punch, Rum based cocktails and many desserts like Black Cake often have rum as the star.

Haiti is no different. If you tell a Haitian person, you made Kremas with anything but Rhum Barbancourt, I’d be surprised if they are even willing to taste it. The flavor in their oak aged rum is something to be proud of, so I can see why they are so particular.

All it takes is just a few ingredients and spices whipped up in the blender with your rum and Kremas is so quick and easy to put together! 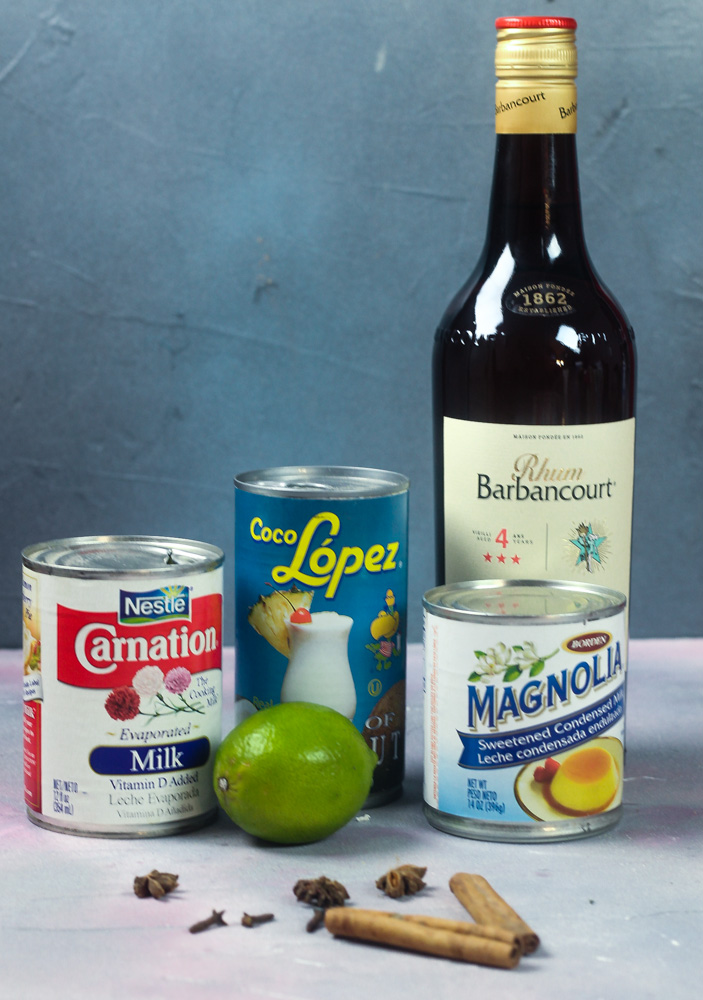 Now I don’t want to cast any shade against Eggnog or Coquito, but here are a few reasons I think you might want to replace your eggnog with Kremas (Cremas) – Haitian Eggless Eggnog from this year forward! 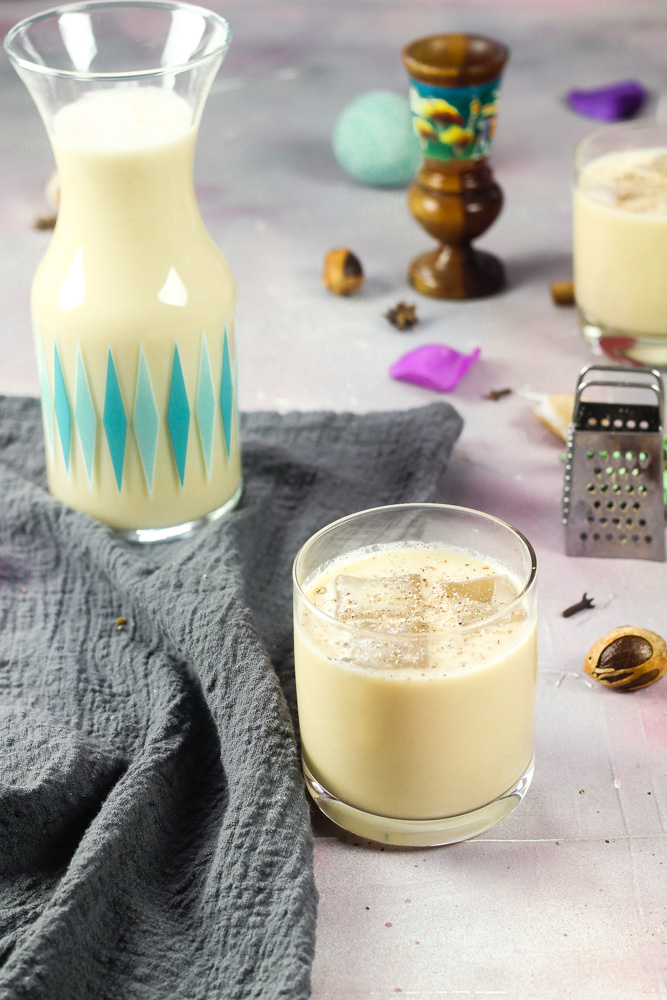 5 Reasons to Replace your Eggnog with Kremas

Sure, if you prefer not to drink alcohol, it’s still delicious without the rum – but then it’s not exactly Haitian Kremas!

Star Anise is a spice that permeates Haitian cuisine. It is used in everything from drinks and desserts to meat stews and sometimes even in Sauce Pois. While the other spices can be customized by preference, star anise is required for Kremas. In fact, I like the star anise to shine which is why I usually don’t add vanilla extract or almond extract. I have listed them as optional ingredients below as many people include it in Kremas but I think sometimes less is more so that the flavor of the individual spices can be better appreciated.

Although I present food from around the world on this blog, I am half Haitian so I do have a little bias towards Haitian cuisine. Would you like to try some other Haitian foods? Here are some other recipes to tempt your palate.

oh and by the way this is a little off topic but some interesting trivia you might be interested in – Did you know that it was a regiment from Haiti, the world’s first independent black nation that helped America hold onto Savannah during the American Revolution fighting against the British? There is a statue in dedication to them in Savannah – You might want to check out my Savannah travel post here to find out more about it! 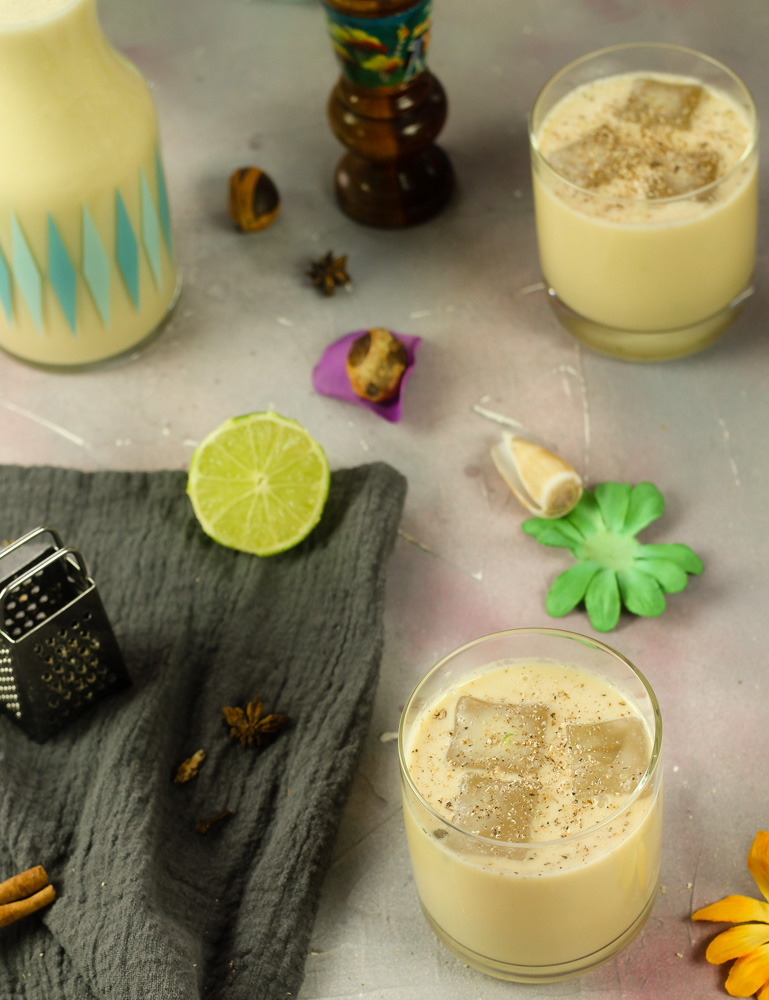 It is preferable to put the evaporated milk with the spices in the refrigerator overnight, after you simmer it. By letting the spices infuse overnight, your kremas will be much more flavorful.
If you do this overnight methodology, it is so flavorful that the vanilla and almond extract is not necessary. However if you are doing the quick method, then I would add it. 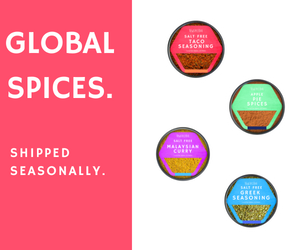