Viking Brown Bread is a rustic soda bread from Scandinavia, not very different from the Irish version. It’s perfect with a bowl of soup or stew!

I have two television addictions – Scandal and Vikings. Vikings, which airs on the History Channel is the only scripted drama on the network. Much of the show demonstrates a lot of history I did not know previously, but it is not a documentary and what attracted me to the show was the relationships and at its core, it’s about a family. But the battle scenes are awesome too! Much of my posts here include historical information of the culture I am representing to share with you and Viking culture is no different. Not only do I love learning about culinary history but history of all peoples and while I watch the show, I am obsessed with learning Viking history.

The Vikings were known for their fighting and seafaring capabilities. What I find so intriguing is that most of their history was relayed by oral tradition because they remained illiterate for far longer than the rest of the world. They were far too busy raiding and conquering. The tv show starts in the 700’s so much of the history you have to take with a grain of salt because different historians will interpret the sagas (recorded oral histories) differently.

With my interest in the show, it has sparked an interest in me of all things Viking and all things Scandinavian. Did you know they conquered all of Europe all the way to Morocco! Where do you think those blond Moroccans come from? Normandy in France got its name because it was the first Viking settlement in France and is basically an adulteration of the North Men.

After watching the show repeatedly, I have tried to take note of what they eat. Unfortunately, there is sometimes a whole year break between seasons so when I need my Viking fix, I rewatch the episodes on Amazon Prime – Only the first 3 ½ seasons though. Since they are going by history, they had to kill off the main character and it’s just not the same since Ragnar Lothbrok died. The actor that portrayed him, Travis Fimmel, was so dynamic in the role.

What’s really interesting is what a fair society it was in terms of the roles of men and women. We often think all societies are patriarchal in nature, but their society was quite well balanced. There were also women warriors, known as Shield Maidens, so they hardly had time to develop culinary arts. Therefore, for many years the cuisine was quite rustic, mostly just eating what the land provided, which wasn’t much, because it was frozen half the year. Their diet was basically fish, wild game and root vegetables. They would harvest grain and store it for the cold winters when vegetables became scarce.

Their basic diet was bread and soup or broth and gruel (grain based porridges). Yeast had not yet been introduced so their bread was quite dense, using just baking soda and actually before baking soda was invented, they used to use antler salt (which is still available in Scandinavia) as leavening. Believe it or not, antler salt is actually made from reindeer antlers. Oil is distilled from the antlers and from that ammonium carbonate is created, also called hartshorn. This was their only leavening agent. 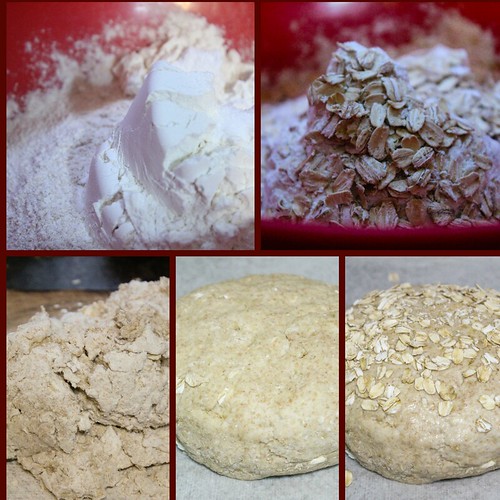 This rustic bread is great with soups or stews or you can eat it as the Vikings did for breakfast, drizzled with some honey. I also had it with my Strawberry Rose Jam. 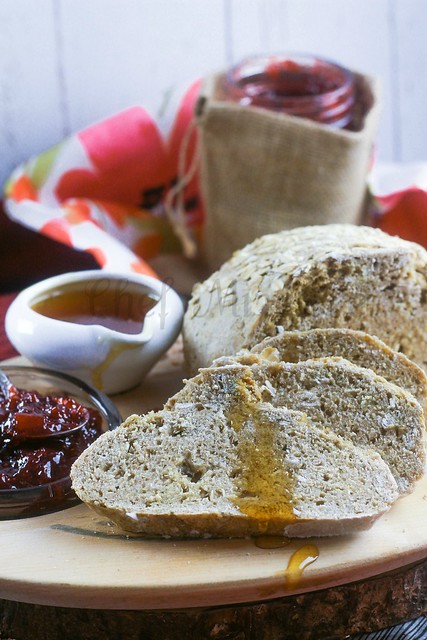 Viking Brown Bread – Scandianavia’s Soda Bread is a wholesome and hearty bread and a great way to start the day! Add some cheese or cured meat for a complete meal! Although in Scandinavia, they might have smoked or dried fish! 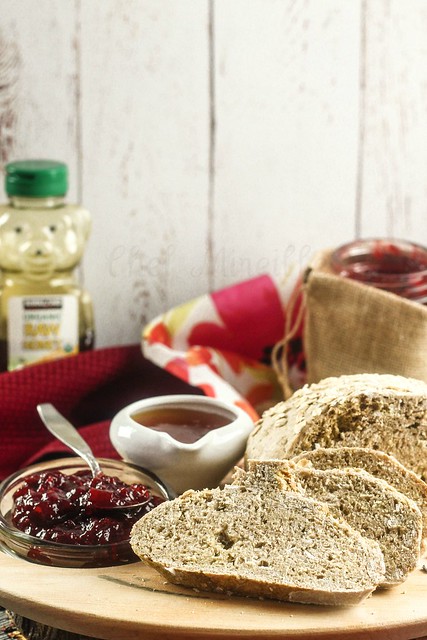 Don't be tempted to add more water while kneading. Just keep kneading - it will come together.
Don't preheat the oven!